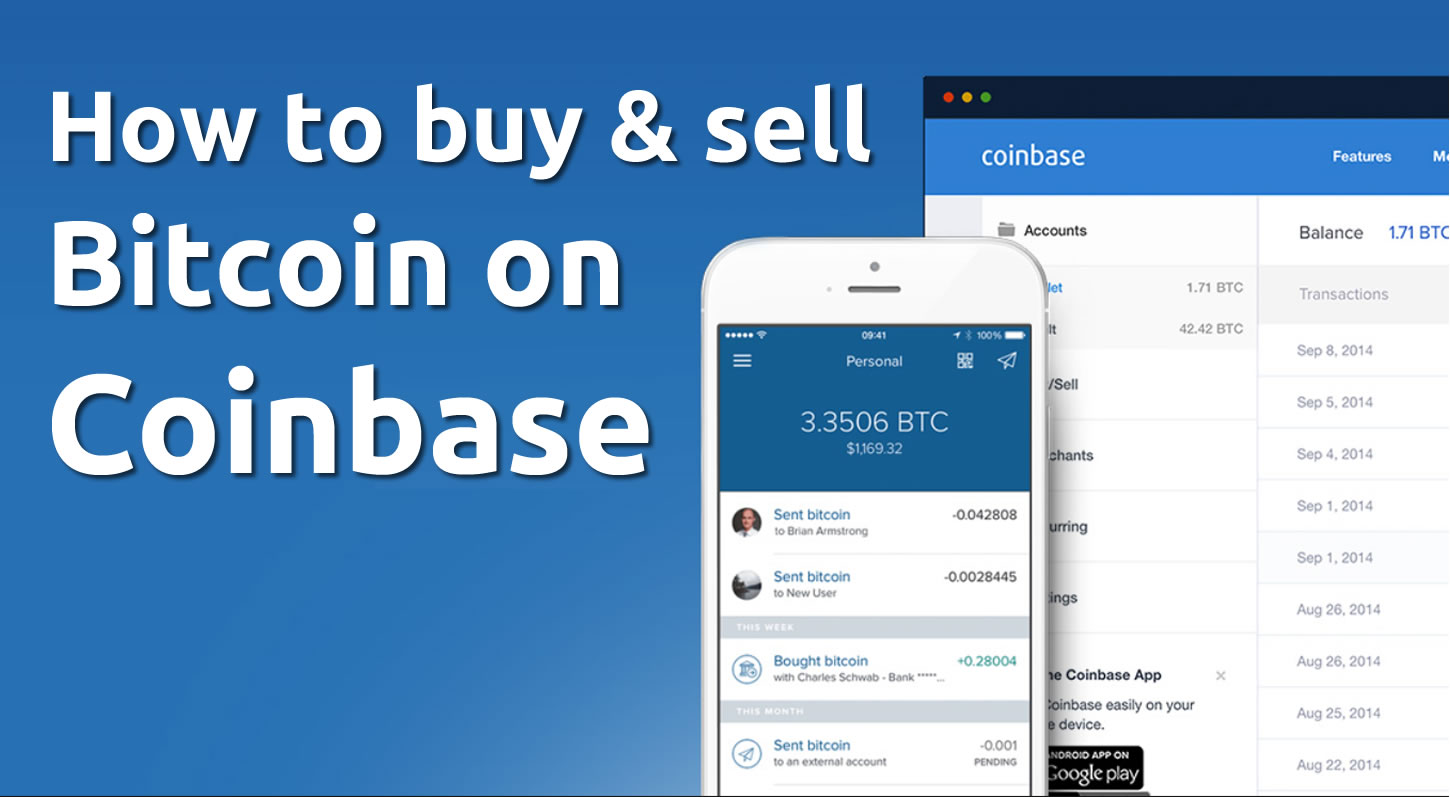 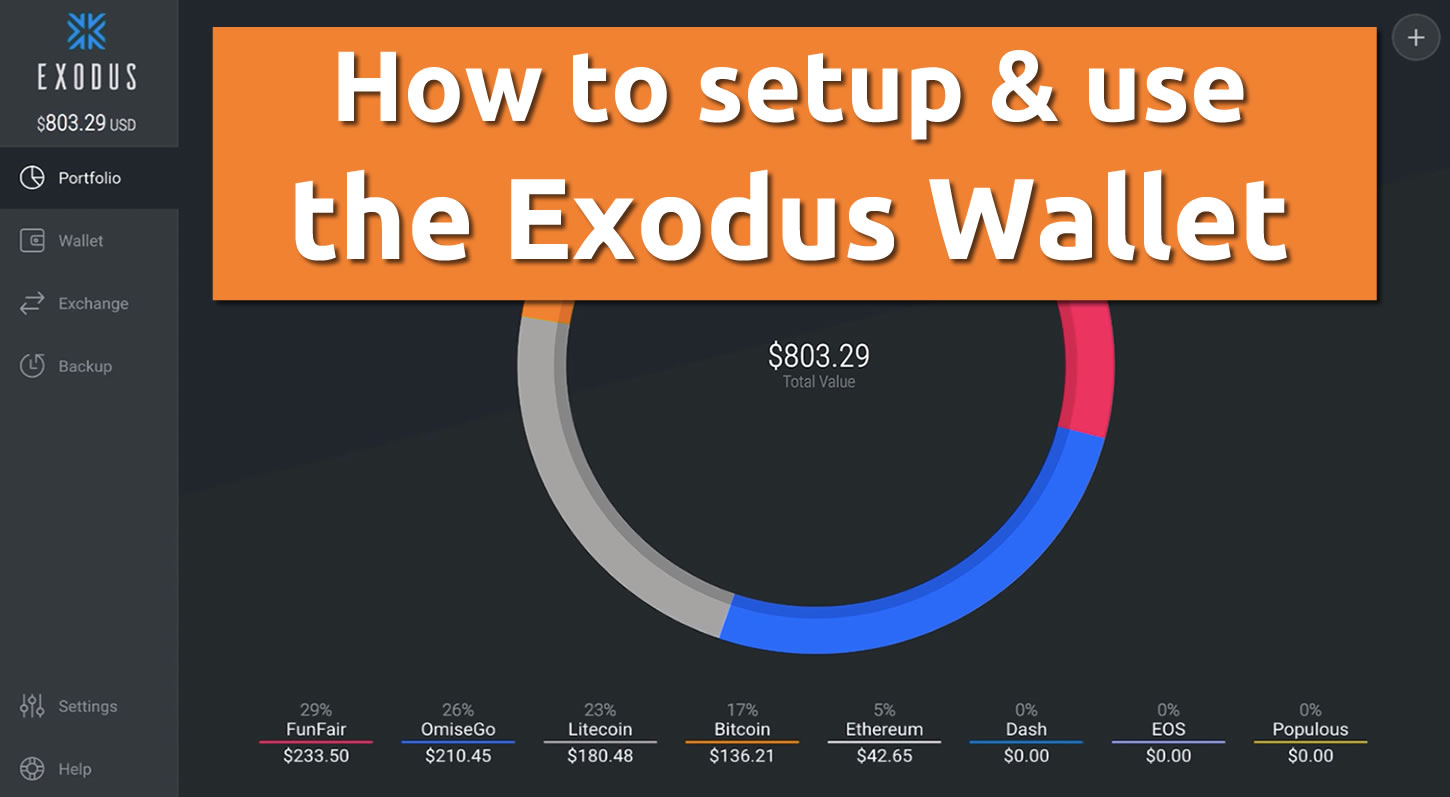 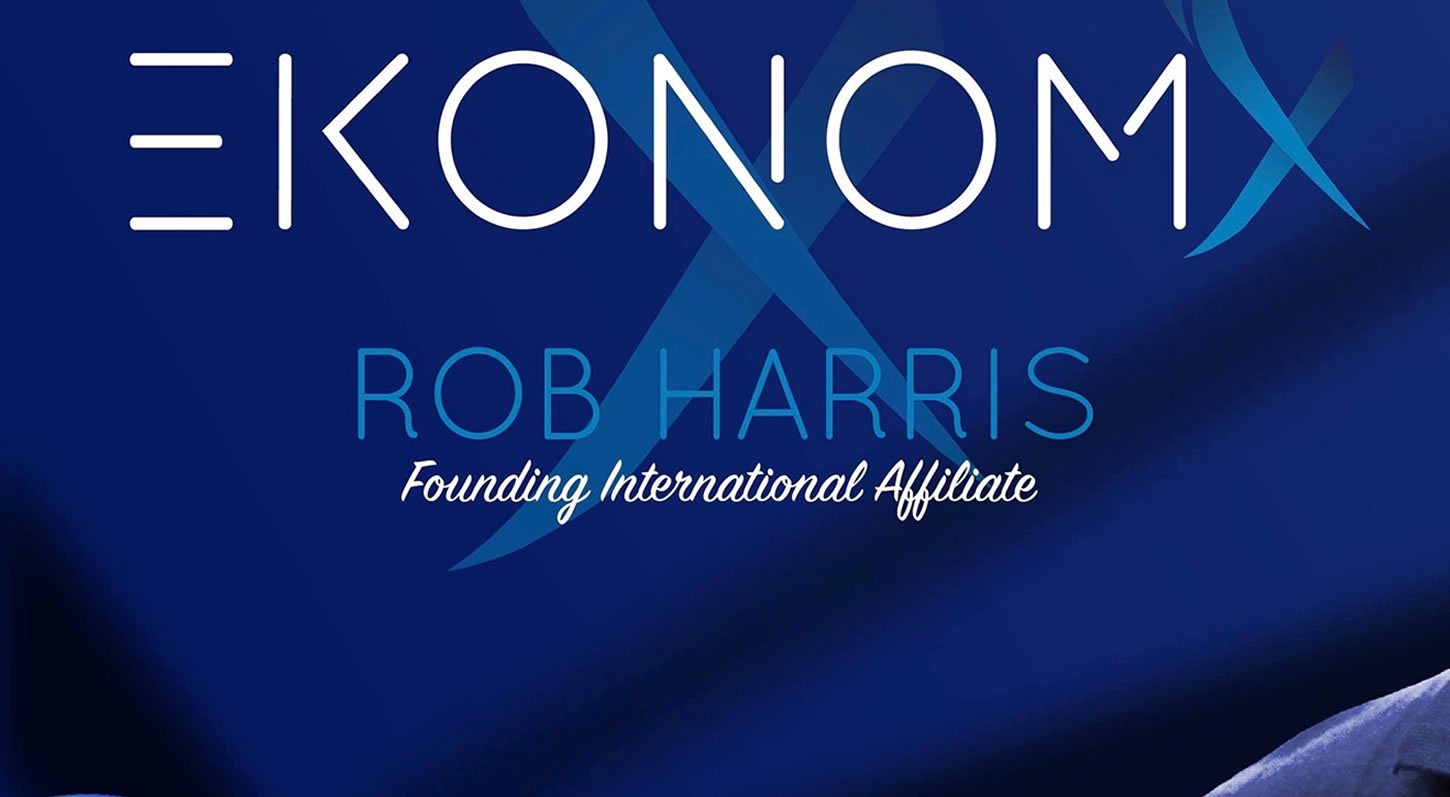 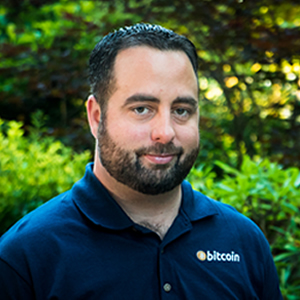 ABOUT ME: I attended a technical college in California & learned how to build computers. I also attended college in Seattle but dropped out to start my own software company which worked off MySpace. In 2013 I discovered CryptoCurrency & built my first Mining Rig for LiteCoin.

EkonomX is a group of very talented individuals, that have come together & developed a simple step by step Audio Video training system that will Educate the World into the Digital Economy.

This step by step video education will empower you to confidently participate in the digital economy. 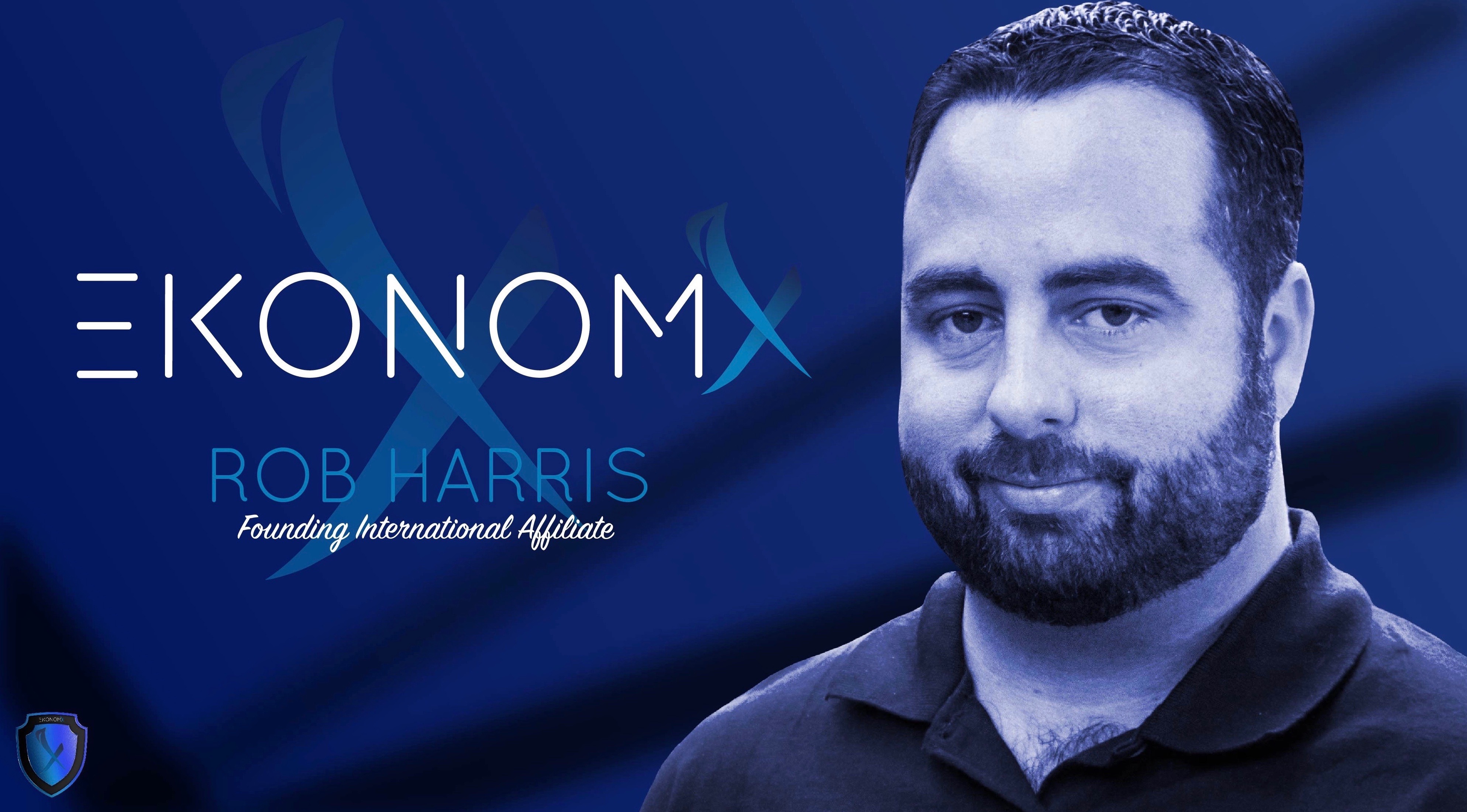 My videos from EkonomX (Short Version)

This video covers my personal testimony on how I turned $1,500 into $2.9 Million in online sales!

I have many more videos hosted on EkonomX which you can get access to for FREE today!

Bitcoin: The Psychology of a Market Cycle

How Bitcoin Works in 5 Minutes (Technical) 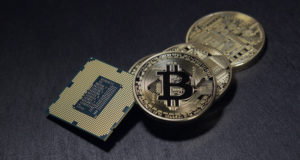 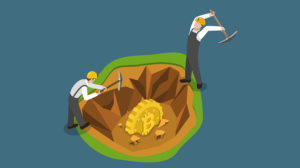 Mining cryptocoins is an arms race that rewards early adopters. You might have heard of Bitcoin, the first decentralized cryptocurrency that was released in early 2009. Similar digital currencies have crept into the worldwide market since then, including a spin-off from Bitcoin called Bitcoin Cash. You can get in on the cryptocurrency rush if you take the time to learn the basics properly. Which Alt-Coins Should Be Mined? If you had started mining Bitcoins back in 2009, you could have earned thousands of dollars by now. At the same time, there are plenty of ways you could have lost money, too. Bitcoins are not a good choice for beginning miners who work on a small scale. The current up-front investment and maintenance costs, not to mention the sheer mathematical difficulty of the process, just doesn’t make it profitable for consumer-level hardware. Now, Bitcoin mining is reserved for large-scale operations only. Plugin created by PremiumCoding As a second income, no, cryptocoin mining is not a reliable way to make substantial money for most. The profit from mining cryptocoins only becomes significant when someone is willing to invest $3000-$5000 in up-front, at which time you could potentially earn $50 per day or more. How Cryptocoin Mining Works Let’s focus on mining ‘scrypt’ coins, namely Litecoins, Dogecoins, or Feathercoins. The whole focus of mining is to accomplish three things: Provide bookkeeping services to the coin network. Mining is essentially 24/7 computer accounting called ‘verifying transactions’. Get paid a small reward for your accounting services by receiving fractions of coins every couple of days. Keep your personal costs down, including electricity and hardware. As a hobby venture, yes, cryptocoin mining can generate a small income of perhaps a dollar or two per day. In particular, the digital currencies mentioned above are very accessible for regular people to mine, and a person can recoup $1000 in hardware costs in about 18-24 months. 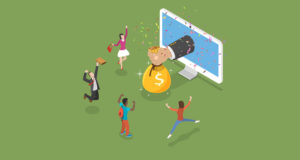 There’s a lot of hype with Cryptos. Why? Because most do not know what they’re investing in and would rather listen to the crowd. What happens then? Prices crash once you’ve bought into it. Taking a loan or using all your life savings can be hugely risky, especially if you do not have the prerequisite knowledge on the tech and the coins. Be informed. Ask the right people. Arm yourself with knowledge before jumping on the hype-wagon. This would significantly reduce your risk and most importantly, position you to invest in the long-term fundamentals of the technology. There are plenty of opportunities to make lots of money in the crypto market, and you should be patient and wise to acquire the right knowledge before investing. Don’t be the person that invests based on the current hype. Do your research first. If it’s too complex, look for answers. The cryptocurrency community is filled with awesome individuals that can simplify things and help you along the way. 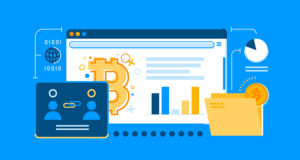 Financial experts seem to agree: Bitcoin is volatile. CNBC’s Jim Cramer and self-made millionaire Tony Robbins both compared investing in it to gambling in Vegas. Billionaire Mark Cuban said buying the currency would be like “throwing a Hail Mary.” But if you decide to take that risk and put some money into it, where can you even spend bitcoin? A lot of places, but not everywhere Over 100,000 merchants worldwide accept bitcoin. Notable ones include Microsoft and Expedia, as well as the online electronics retailer Newegg.  Considering that bitcoin is a digital currency, it’s more rare for actual stores to accept it as a payment method. But, as CoinDesk points out, some business are beginning to, such as REEDS Jewelers, which has over 60 retail locations in eastern U.S. Speaking of Vegas, the Golden Gates Hotel & Casino there accepts bitcoin payments at their hotels and restaurants but not yet for bets on the casino floor.

It’s probably safe to assume that Bitcoin is here to stay. Yes, it’s a bit volatile and yes, other cryptocurrencies are a lot easier to mine and a lot cheaper to buy, but the ever-growing number of ways to spend bitcoins – plus the fact that it’s still around after being proclaimed dead numerous times over the past few years – is a testimony of the resilience of the world’s most popular, and polarizing, cryptocurrency. Thing is though, this doesn’t mean that you should blindly jump into Bitcoin. Aside from the high price of entry, a string of events over the past year have shown that while the Bitcoin protocol itself may be secure, the wallets and services used to store and exchange Bitcoin may not.